Sanda Tan, M.D., an associate professor of surgery and a board-certified colorectal surgeon, received the annual Excellence in Teaching Award from the UF Department of Urology.

On Flag Day, Vietnam veteran Dennis Wyant, second from left, presented UF Health radiation oncologist Robert Zlotecki, M.D., Ph.D., and radiation therapists Stephanie Ecklund, Melissa Davis and Alyssa Fender with a U.S. flag in thanks for his care at the University of Florida Health Cancer Center. Each flag was flown over the U.S. Capitol in 2011 on behalf of the Blinded American Veterans Foundation.

Northwestern Mutual Foundation in Gainesville awarded $30,000 to Catherine Flores, an assistant professor in the UF department of neurosurgery and principal investigator of the hematopoietic stem cell engineering laboratory within the Preston A. Wells, Jr. Center for Brain Tumor Therapy and UF Brain Tumor Immunotherapy Program.

Christopher Cogle, M.D., was a panel participant during the National Academies’ first meeting of the Committee on a National Strategy for Cancer Control in the United States, which was on June 6-8, 2018 at the National Academies Keck Center. Dr. Cogle’s panel was part of a block titled, “What Have We Learned in the Past Decade?”

Julia Close, M.D. has been appointed one of 12 ASCO education scholars of the new ASCO Education Scholars Program. 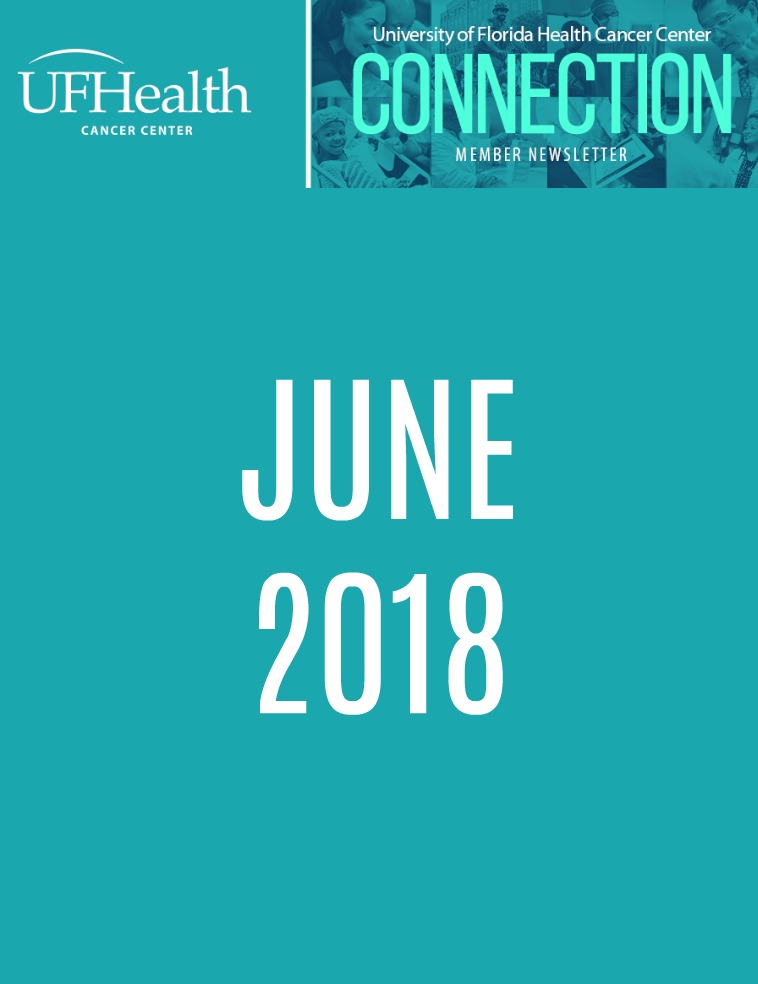