Dr. Markham has been named interim chief of the division of hematology & oncology at University of Florida Health, effective September 1, 2018. Dr. Markham is a current member of the NRG Oncology Communications Committee (Social Media Working Group) and the NRG Oncology Ovarian Cancer Subcommittee.

Dr. Zhou found himself on the big screen in Time Square and national television ringing the NASDAQ opening bell in New York City. Daohong Zhou, M.D., a professor of pharmacodynamics and radiation oncology joined team members from Unity Biotechnology Inc. in the opening bell ceremony on Oct. 9. Zhou is a scientific co-founder of Unity, which is developing medicines to slow, halt or reverse diseases of aging. He joined the University of Florida in the spring of 2018 and serves as the Harry E. Innes Professorship of Cancer Research.

Dr. Salloum received a $1,046,500 grant for his project, “Eastern Mediterranean Consortium on the Economics of Waterpipe Tobacco Smoking: Capacity Building and Knowledge Translation.”

For the first time in its history, a University of Florida College of Nursing postdoctoral associate is the recipient of a National Institutes of Health F32 Ruth L. Kirschstein Postdoctoral Individual National Research Service Award. Dr. Gee Su Yang is the recipient of this three-year $180,778 fellowship. Her mentor was UF Health Cancer Center member Dr. Lyon. Congratulations to both on this amazing accomplishment!

Congratulations to Dr. Castillo, for being awarded a 2018 Hyundai Young Investigator Grant at a recent Hyundai Hope On Wheels Handprint Ceremony.

Dr. Cottler, chair of the department of epidemiology in the University of Florida College of Public Health and Health Professions (PHHP) and the UF College of Medicine, has been elected to a three-year term on the board of directors of the Association for Clinical and Translational Science.

Dr. Frost was chosen to receive one of five cancer research grants from the Ocala Royal Dames for Cancer Research, Inc. for her proposal “Enhancing the cytotoxic effects of B-caryophyllene (BCP) using statin drugs as a combinatorial therapy for the treatment of breast cancer.”

Dr. Shenkman, along with six other principal investigators at four universities in the Southeast, received a multi-institutional grant of $12 million for a project titled “SouthEast Enrollment Center.”

60th Annual Meeting of the American Society for Radiation Oncology

Congratulations to UFHCC members, Dr. Hoppe and Dr. Su who were selected to be featured at the upcoming 60th Annual Meeting of ASTRO, the American Society for Radiation Oncology.  The meeting, which will be held October 21-24 in San Antonio, is the world’s largest scientific meeting dedicated to radiation oncology. You can read more about this year’s meeting here and see news highlights from last year’s meeting here.

At the SWOG Annual Meeting, key members were recognized for their accrual efforts to S1602. S1602 would not have been possible without the following members:

Congratulations to the four SPORE in Brain Cancer awardees! The two award-winning projects include: 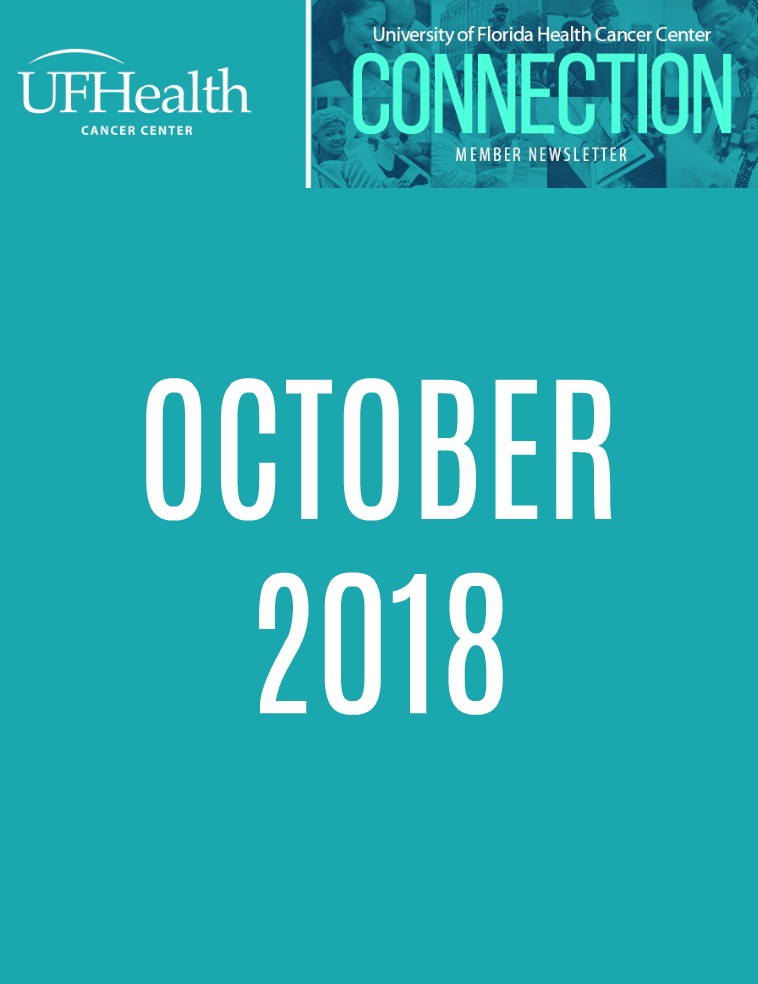